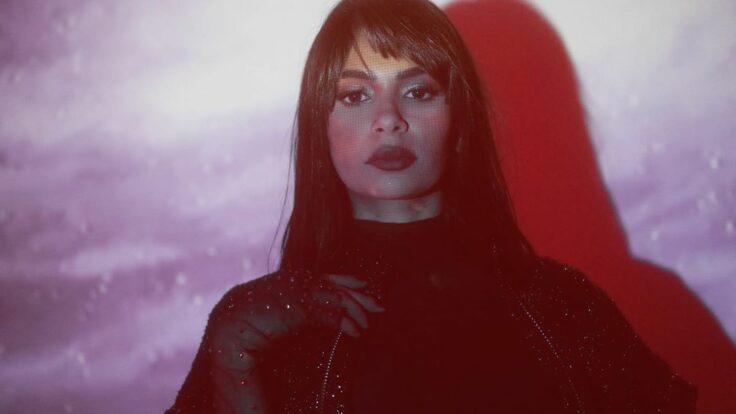 Cosmicat is at the forefront of the Kingdom’s creative boom

Saudi Arabia held its first music festival in December under the name MDL Beast. The festivities drew in hundreds of thousands of people who were all there to witness the historic moment for the nation. Of course, it wasn’t met without scrutiny. The festival was at the receiving end of backlash, namely by Instagram vigilante Diet Prada, who called out international festival goers.

Regardless of your opinion, the festival was historic. It was particularly momentous for one Saudi woman, Nouf Sufyani, better known as Cosmicat. Sufyani is Saudi Arabia’s first female DJ.

The 27-year-old was plucked from relative obscurity after the Saudi government lifted bans on various entertainment industries. Suddenly, Cosmicat (who named herself after her interest in cosmology and cats) found herself DJing in front of the biggest crowd the nation has ever witnessed – besides Mecca, of course).

She’s a self-taught DJ, who had only been playing music professionally for two years. Sufyani was a dentist until 2018; the result of a traditional career path that at first was one of few sensible options for Saudi woman, considering her native country’s social rules and strict laws.

But the last few years have seen a massive transformation take place in Saudi Arabia. A push by Crown Prince Mohammed bin Salman to diversify the country’s economy proved to be pivotal. Dubbed ‘Vision 2030’, his plan includes opening borders to international tourists for the first time, allowing women to drive, and allowing women to travel without male permission—all of which have been accomplished thus far.

This all served as the platform for a new generation of Saudi creative to thrive. Cosmicat included. “A lot of talented Saudi musicians rose to the surface and are finally getting the attention they truly deserve from locals and worldwide,” she recently told Gulf News.

Cosmicat is not alone. The recent lift of bans has also seen a sizeable rise across creative industries in Saudi Arabia, with local production studio Telfaz11, which has been publishing its content on YouTube since 2011, having sold the rights to six of its films to streaming giant, Netflix.

Saudi actor and comedian, Mohamed Abu Hamdan, better known as Warchieff to his four million Instagram followers, has even found for himself an audience outside of the region, most recently going on to premiere his film, ‘Arabian Alien’ at international film festivals including Sundance.

Although sudden, the transformation of Saudi Arabia’s creative scene is not surprising. Jeddah-based DJ Cosmicat is part of a population that forcibly suppressed its creative energy for as long as they have existed (Saudi Arabia’s population is one of the youngest on earth, with 60 per cent of the nation aged under 30). Laws banning various forms of entertainment were put in place over 35-years-ago.

But with their path towards personal freedom fringed with political criticisms, it’s difficult to envision what a creative Saudi will exactly look like, but if Cosmicat is a sign of the times – we’re hopeful.