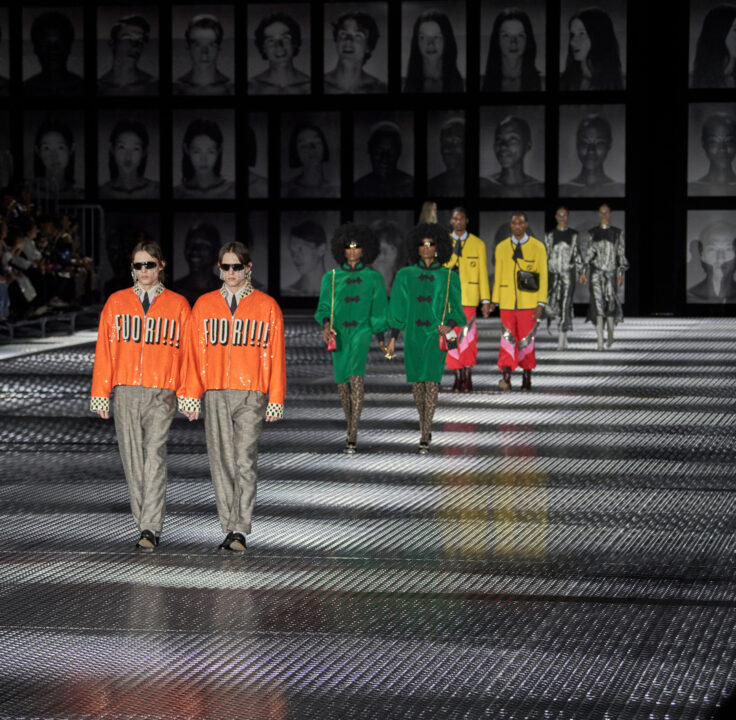 The show saw 68 sets of identical twins take the runway

Taking place in its own headquarters, last Friday, Gucci made its much-awaited Milan Fashion Week appearance, unveiling a new carefully tailored spring 2023 collection and a heartfelt surrounding concept that had clients, the A-list FROW, buyers, and members of the press doing a double take.

Situated in the outskirts of Milan, the Italian label invited  its culture-making guests such as American film producer Jessica Chastain, Italian blogger and businesswoman Chiara Ferragni as well as Emmy-award winning actress Julia Garner to take a seat on the custom metallic benches, specially set up for the show, to witness creative director Alessandro Michele’s latest offering, entitled “Gucci Twinsburg.” The name was a nod to the suburban Ohio city where the largest gathering of identical twins takes place annually. Michele is also the son of an identical twin.

“I am a son of two mothers: mum Eralda and mum Giuliana. Two extraordinary women who made their twinship the ultimate seal of their existence. They lived in the same body. They dressed and combed their hair in the same way. They were magically mirrored. One multiplied the other. That was my world, perfectly double and doubled,” he said in the show notes.

“My mums, seemingly identical, were actually reflected and complementary extensions. One integrating the design of the other. They didn’t coincide. Such asymmetrical reciprocity founds the deepest of twinship. It’s the spectacular relationship between identity and otherness,” he continued.

The show opened with  Mary-Kate and Ashley Olsen’s Identical Twins lyrics soundtracked to spoken word poetry booming over the speakers, and , setting the tone of the collection that was yet to come.

Before the show got underway, guests could be heard expressing their confusion towards the relatively small size of the room and the limited number of seats. Models emerged on the runway coated in a rich range of clothes that had all the attendee’s phones up and snapshotting their favorite looks. Waiting on the what was supposed to be the final moment to pay their honors and respects to the brand’s creative director, what the crowd initially thought was a wall, unexpectedly ascended to allow the audience to witness the models who initially paraded on distinct sides of the runway re-emerge, this time with their identical twin, holding hands and wearing the exact same ensembles, uniting the visual experiments seen on both sides into one unique and singular one.

68 pairs of twins, from all backgrounds, ethnicities, and races, epitomized Michele’s vision, as they were the last on-set elements that needed doubling. The cardigans, blazers, boots, silk kimonos, and leopard printed tights could all be seen a second time, like projected against a mirror, and now we had duplicated models that were, in their own complexity, different although identical. Presented pieces were magnified as the show’s repetition, after understanding its focal point, served as another glimpse at the brand’s latest looks, one that was less rushed and that allowed precision and attention to prevail.

As a recognized power house in the industry, the centuries-old Italian house doesn’t need to rely on extravagant displays of grandeur to make a mark, which simultaneously grants more freedom for the label to experiment and express itself in what can be considered as more artistic ways or less conventional manners—and that’s exactly what Gucci has done. As Michele gets closer to his ten-year anniversary at the helm of the Italian maison by the season, his spirited spring 2023 ready-to-wear collection was a true drive through luxury and emotion, proving again, how people go faster alone, but go further together. 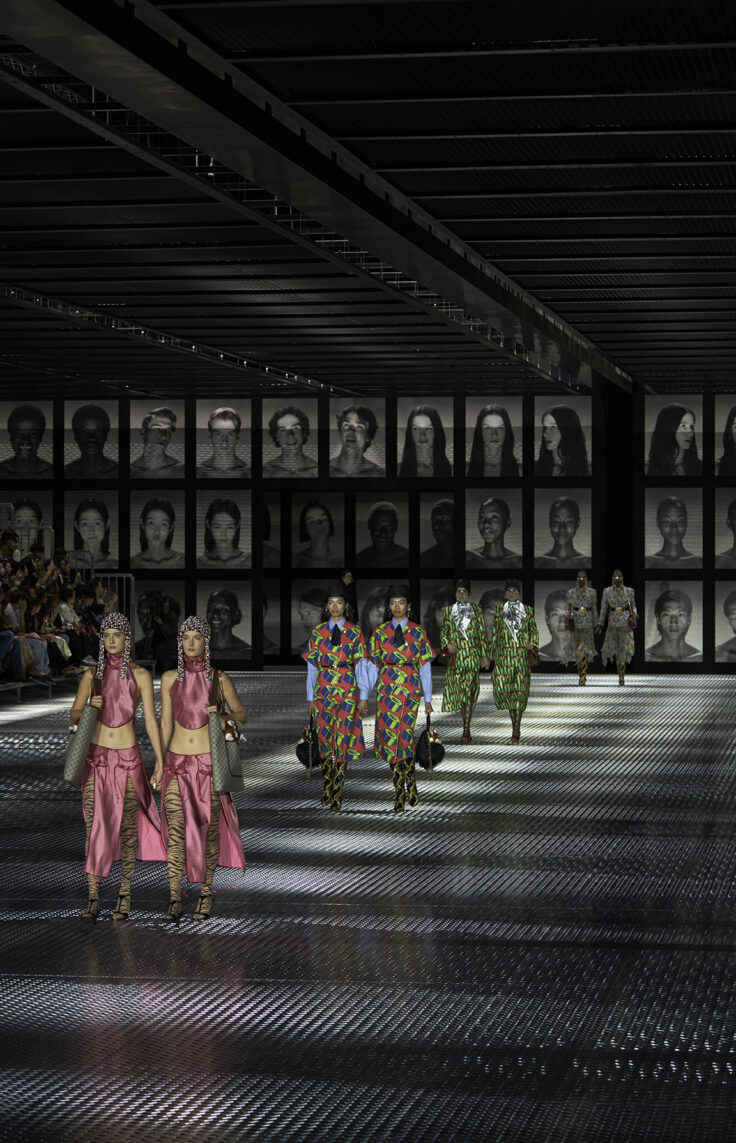 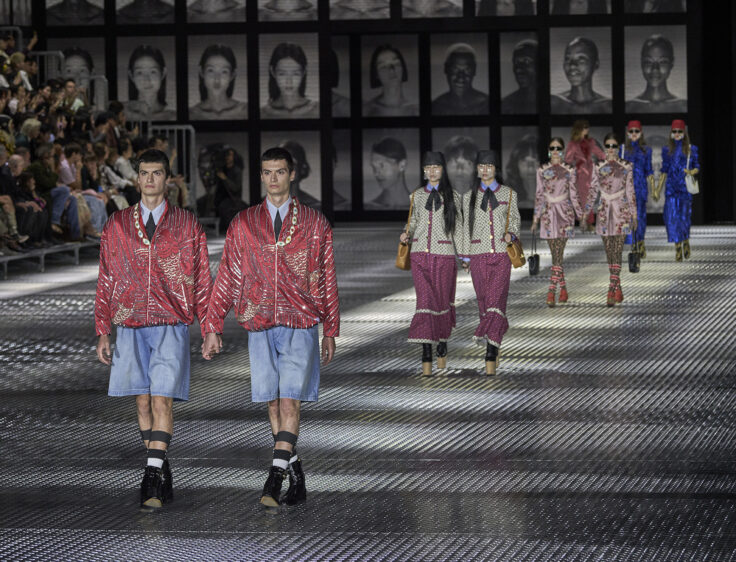 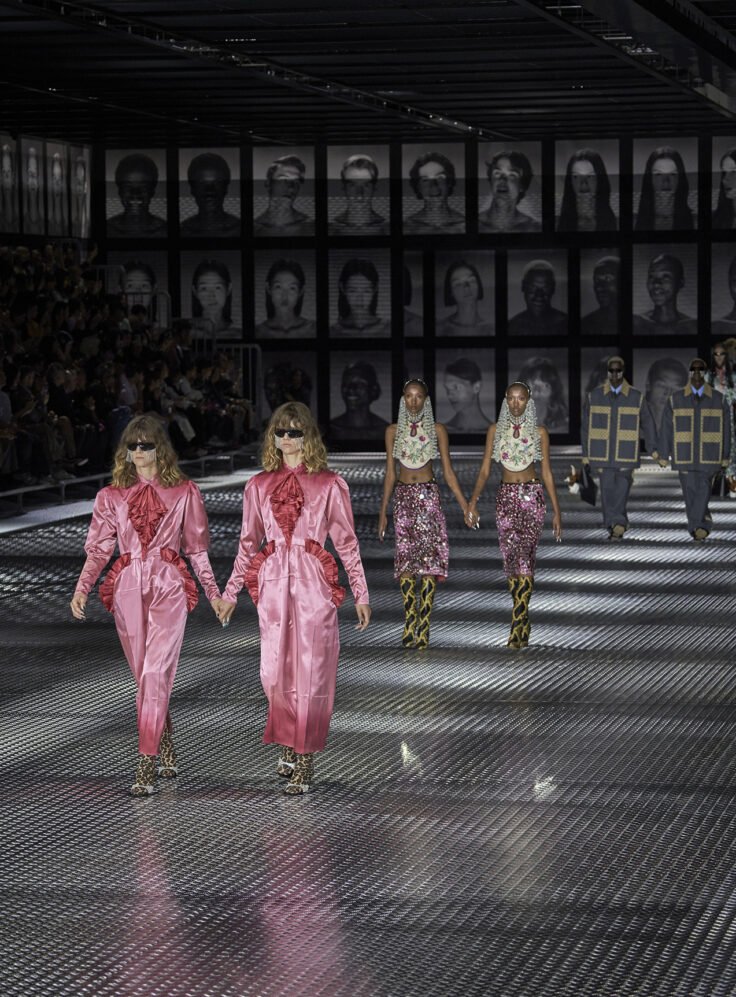 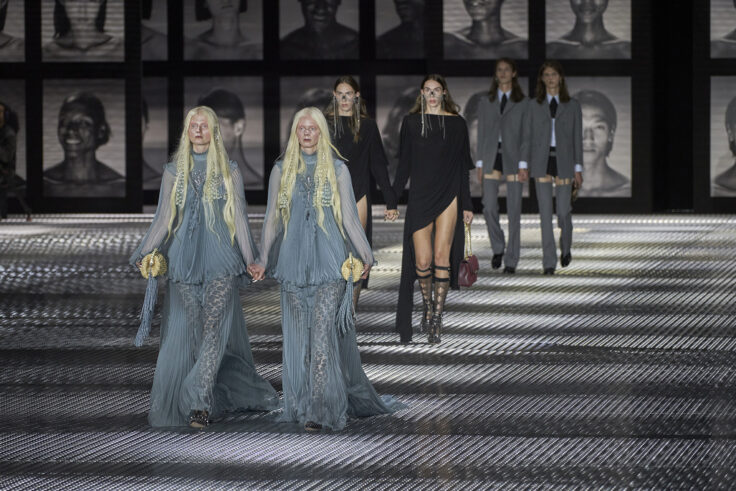 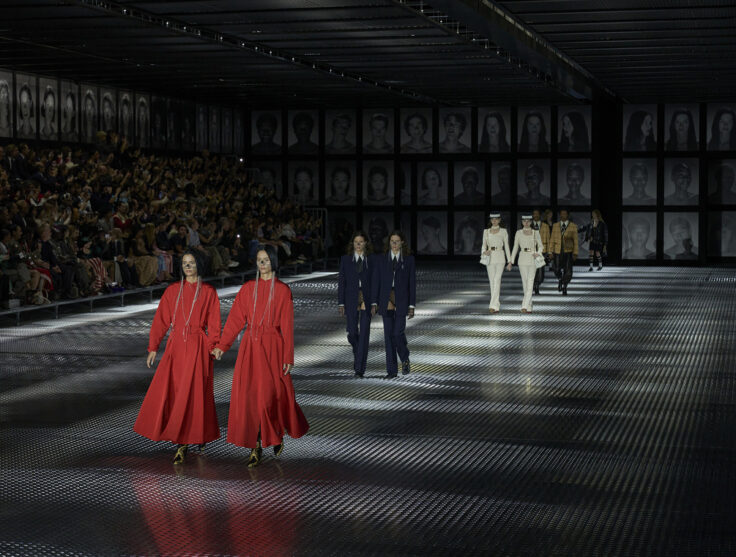