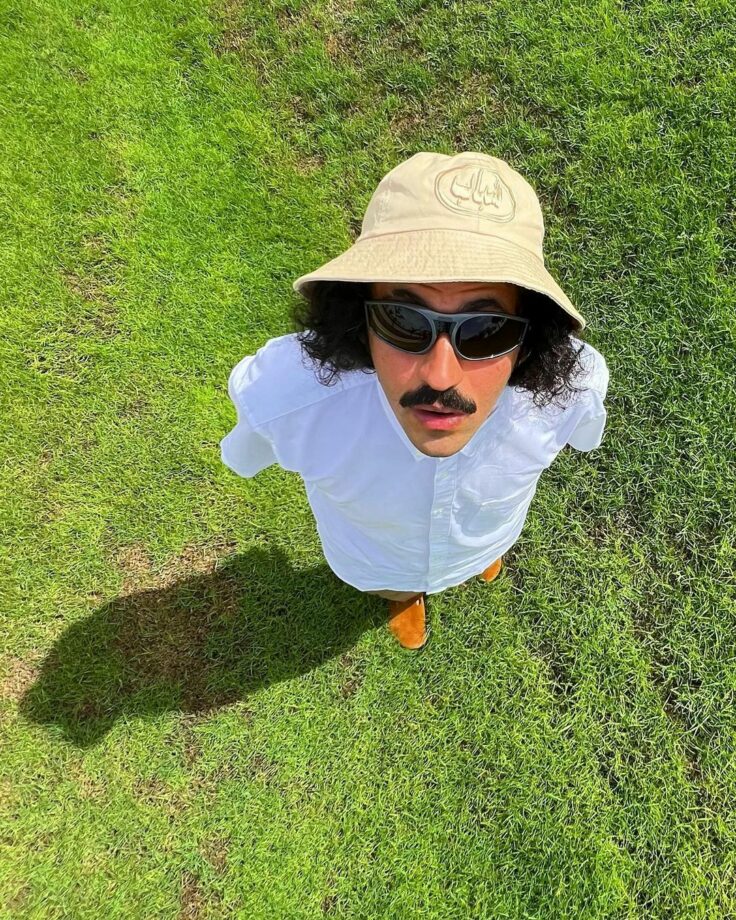 From photographers and designers to models and stylists, there is a new crop of boundary-breaking creatives bringing their fresh and exciting perspectives and unique points of view to Amman’s burgeoning scene. Read on for the new generation of inspiring young talents shaking up Jordan’s creative landscape that are worth keeping an eye on.

Looking at the Amman-based conceptual artist’s photographs is basically how one sees the world when they’re tripping.  His eccentric and colorful shots, between fashion and art, teeter on unconventional and experimental and always paint to a larger story behind the single image.

The emerging Jordanian designer’s collections aren’t just extremely cute, they’re also ethical. George, who was born and raised in Amman, launched her eponymous ready-to-wear brand in 2015, with each handmade, pastel-drenched piece locally produced by tailors in the Middle East.

Hailing from Amman, the 22-year-old stylist and creative director discovered his passion for dressing people through computer games like The Sims, where you’re able to customize your character’s outfits. This hobby eventually led him to pursue digital fashion seriously and launch his own 3D brand called Jurassica. Today he is one of the most sought-after stylists in Jordan, working with a variety of hot labels and photographers on campaigns and editorials.

If you don’t know who Zeyne is, you will soon. Born and raised in Amman, the singing sensation is certainly one to watch. The music video for her debut track Minni Ana about managing relationships has amassed over 130,000 views on YouTube, which is impressive considering that she decided to pursue music professionally only a little over one-year-ago after her studies in the UK were put on pause due to the global pandemic.

The Palestinian, Amman bred image-maker who splits his time between Jordan and the UAE has a knack for capturing kooky and almost psychedelic images. Eschewing the traditional white studio backdrop for colorful fantasy scenarios, the creative’s subjects can instead be seen perching on top of lampposts or posing on rocks with crashing waves behind them.

We can go on and on about Basil Alhadi, more commonly known by his moniker Karrouhat to his 107,000 Instagram followers. The Dubai-based Jordanian creative wears many hats. In addition to being a DJ and a musician— he founded an Arabic reggae band in Amman— he is also a producer, a model (he walked for Casablanca and Les Benjamins), and reality television star (MBC’s Beauty Match.) Clearly ambitious and driven, the multi-hyphenate recently added a new role to his ever-expanding CV: Creative Director at new FinTech app, Ziina.