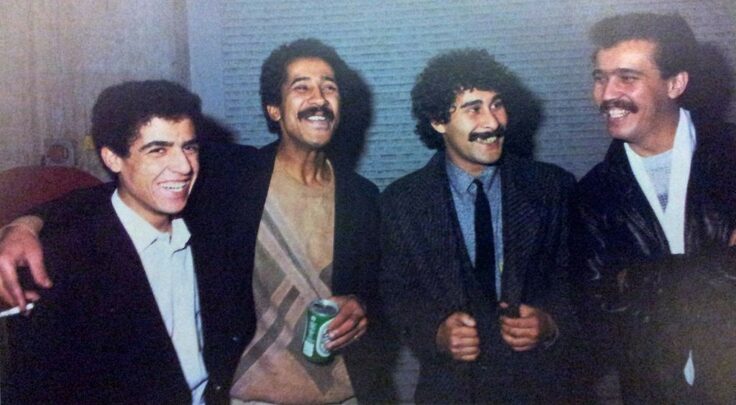 To be with until forever

From the most objective perspective we can try to hone, the Arab World’s culture, in all its forms, is one of the richest and coolest there is around. From food to specific traditions, music, and art, we’ve proudly got it all. A lot of our practices have even been adopted by other cultures around the world, notably proper hygiene (shout out to the bidet).

As much as we do recognize, uphold, and cherish these things that to some extent make us who we are, as of recently, it turns out that one of the world’s leading institutions has also decided to pay recognition. As of yesterday, UNESCO, the United Nation’s dedicated body to promoting world peace through education, science, and culture, just added 10 skills, recipes, and events, conceived in our dear region, to its list of Intangible Cultural Heritage. This means that from now on, the list of included customs will be persevered, protected, and forever upheld to avoid them disappearing in the near or far future.

In the 17th session of the intergovernmental committee for the safeguarding of Intangible Cultural Heritage held in Rabat over the past few days, 30 other customs from across the world were also added to the very selective and comprehensive list. And as Arabs support our own (if we won’t who will?), here’s everything you need to know about the regional traditions that made it to UNESCO, from Morocco to Oman and beyond.

Adding spice and heat to our plates for the past several decades, Harissa is one of the newest additions to UNESCO’s Intangible Cultural Heritage list. Made of grounded dried chili peppers that are then mixed with salt, garlic, and coriander, the Tunisian red paste’s inclusion seeks to protect “the knowledge and skills (…) passed on within communities of farmers or through agronomy schools and institutes.”

The dish might be an acquired taste, but witnessing a Jordanian element of culture be highlighted on the global stage is always something to celebrate, so kudos to the Hashemite Kingdom for making it on there through it. For those that might be unfamiliar with the hearty meal, Mansaf’s is made up of large pieces of sheep or goat meat, boiled and brewed with spices in a special yogurt sauce, called Jameed. It is typically served with rice.

Finally getting the recognition it deserves, the popular folk genre’s inscription on UNESCO’s list is very reassuring to all fans, safely helping the hip-shaking style of music popularized by the likes of Cheb Khaled and Cheb Mami travel through time and pass down generations without losing any of its sonic identity or once considered defiant message.

Journey of the Holy family from Bethlehem — Egypt

Marking the seventh intangible cultural heritage tradition, Egypt can proudly boast about, two festivals, namely The Festival of the Advent of the Holy Family to Egypt and The Nativity of the Virgin, celebrated by both Muslims and Coptics, have been added, forever safeguarding the processions practices from their early preparation to their final layout. Featuring elements of singing, body painting, storytelling as well as the sharing of traditional foods, their enlisting will perennially cement the festivities’ existence in an institutional manner for it to never be forgotten nor stray away from its initial ethos.

The culture of dates in the region really needs no introduction. Its inclusion in the list aims at maintaining “the related practices, knowledge and skills,” as well as the “caring for and cultivating the date palm tree and using its parts (leaves, fronds, and fibers) for traditional crafts and social rituals.”

Al Khanjar is the name carried by one of the Gulf State’s traditional daggers, carried by men and attached around the waist to their thobes during religious or national ceremonies. Quintessential element of Omani culture, the knife is usually adorned with a belt and cover, and usually made of wood, leather, cloth, or silver. According to UNESCO’s report on the accessory, “historical sources and archaeological discoveries indicate that Omanis have worn the khanjar for centuries.”

Influenced heavily by poetry, Alheda’a is the form of communication used by herders by mixing gestures and/or musical instruments to communicate with their camels. According to UNESCO, this practice is used to “train their camels to recognize the difference between right and left, to open their mouths when asked, and to kneel down to be ridden,” while also creating “a strong bond between the camels and their herders, as well as among the herders themselves.” Passed down from one generation to the next, this age-old form of language is now sure to never disappear with UNESCO saving and protecting its codes, rules, and values.

Taili is a form of traditional Emirati embroidery that is “transmitted informally from mothers to daughters, as well as formally through courses and workshops held in schools, universities and heritage-development centers.” Made by weaving six cotton threads split with silver in the middle, this age-old practice is also believed to empower and bring women together in the Gulf State, hence its recent enlisting.

Cultivated by tribes that eponymously carry the same name for centuries, the technique and skills of harvesting Khawlani coffee beans have transcended generations, becoming a core element of Saudi culture as “serving guests the coffee beans harvested from one’s own farms is considered a sign of honor and respect,” UNESCO explained when adding it to its list. Carefully seeded, and watched over for years, the fruit that bears arguably one of the best flavors the region has to offer is also a new member of UNESCO’s intangible heritage as of last week.

Established in 2018, the program helps train teachers in the art of Kuwaiti weaving. UNESCO recognized the “significant impact on students and art teachers, many of whom have demonstrated a high level of manual ability and creativity in traditional weaving,” which is why it was added to the Register of Good Safeguarding Practices by the global institution.