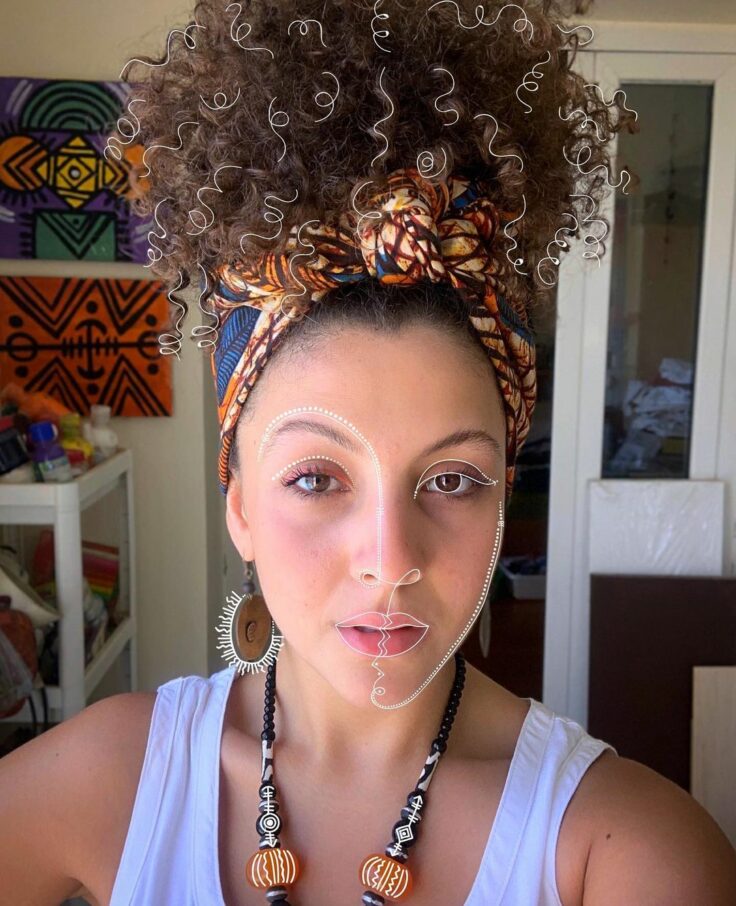 Tawahadna Sets the Stage for Female Artists in the Arab World

One documentary at a time.

“I can be a creative, I can be a fantastic artist, but if I’m not validated by the people around me then I will no longer want to pursue it.” These are the words of UAE-based filmmaker and architect Stavros Antypas. But there’s more to the statement than its front-facing value. For Antypas, community is everything. Its power is the underlying foundation behind his latest venture: Tawahadna. Meaning ‘we are united’ in Arabic, the storytelling production house aims to bring international exposure to female artists from the MENA region.

Their premise is simple: to give deep insight on artists’ creative process, Tawahadna produces mini documentaries to showcase their work, connecting them with their communities in the process. Alongside the mini-docus, the platform also hosts private gallery screenings and exhibitions at various galleries in the region.

The production house has been growing into power recently, having released several projects since their launch in September. Amongst them is the series ‘Dial Up Art,’ in which the production house connects with a number of female artists through Zoom calls.

You can also see Egyptian artist Farahzada El-Shihy in a recently unveiled short video, explaining her love for Africa, spirituality and music. “I like to mix one-line art with tribal-like patterns and symbols to create this sense of collective identity,” stated El-Shihy.

Kuwaiti artist, writer, and filmmaker Zahra Al-Mahdi, nicknamed ‘Zouz’, is also on Tawahadna’s roster. In the series, Zouz talks about how art is her way of existing, communicating with the world and sharing her perspective. Alongside scribbles and illustrated stories, she also creates short films and creates soundtracks that accompany her artworks.

Another series under Tawahadna’s umbrella is ‘Artists Talk’ which sees the platform put the spotlight on Ajman-based illustrator and multimedia designer Mouza Al Hamrani.

Influenced by SpaceToon characters and fan art, the artist developed her sketches from hand drawings to digital animations and textile prints. Her practice revolves around experiences within her Khaleeji upbringing, as is the case with her first comic book, ‘Kool grandma’, which portrays Khaleeji grandmothers in a humorous and playful way.

The second episode of ‘Artists Talk’ follows Shaima Ahli, an Emirati Ceramic and pottery artist, describing the passionate connection she has with clay and the zen state of mind she enjoys in her studio. Ahli draws her inspiration from the sea and desert, expressing different emotions and moods through her artworks.

As for their newest release, Tawahadna teased their latest documentary which features designer Yara Bin Shakar.

You can watch the preview here: