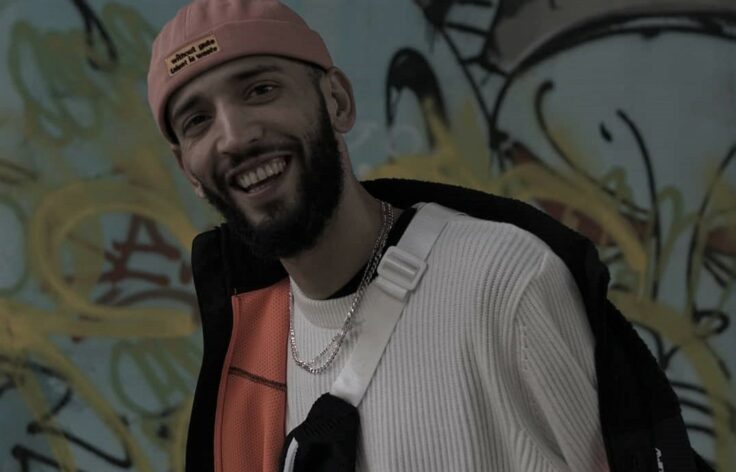 These are the forces to keep on your radar

“We weren’t even allowed to get certain haircuts or dress a certain way.” That’s how a 28-year-old Tunisian woman described pre-revolution days in Tunisia to me. “You couldn’t dare to speak about politics or use art in any expressive way, our ideas and beliefs were imprisoned.”

I was too young to decipher the changes the revolution had sparked when I heard this. I was only eleven at the time, but I grew to learn that the world I had evolved into as a creative, is owed to an artistic uprising that was sparked by the events in 2011.

Under Ben Ali’s rule, the country’s creative scene was monitored to every little detail. For years, the dictator suppressed most forms of expression, leaving no room for artistic freedom.

In the years since, artists and creatives found their voice, and a new wave of artists rose from behind the curtains and found a home for their crafts. Now, ten years after the revolution, we are here to celebrate Tunisia’s booming creative scene; and these are the creatives you should have on your radar.

When it comes to Tunisian Rap, Saif Amri, who’s better known as Alfa, is a staple figure. The rapper is one of the first rappers to hail out of southern Tunisia, more specifically from the city of Kasserine. His first album ‘Kima Na’, dropped in 2018, was a huge success and both his songs ‘Youma Ma’ and ‘Beautiful’ stand at over three million views on YouTube each.

The Sfax natives and creative duo Sadk Kaffel and Yassin Bouzid met through ‘Ultras’ unofficial football fan clubs, which were the only place young people dared to express themselves under Ben Ali’s rule. They haven’t stopped expressing themselves since. Merging together Arabic typography and graffiti, their murals slowly covered multiple corners of the nation.

The Tunisian film director’s career can particularly be traced through his work in the music scene. The young filmmaker shot BLTNM’s ‘Mantika’ music video and several of 4lfa’s. Cherni is behind Tunis-based audiovisual and cinematic studio Hokka Hendy, as well as the Analog Case initiative, a collection of abstract and experimental artistic experiences, inspired by daily life occurrences.

The Tunisian photographer started out with commercial photography but slowly found a passion in documentary and photojournalism. And his work has been exhibited all over the world, from Bombay and Paris to New York and of course Tunisia. His first book West of Life, published in 2018, documents the melancholia and roughness of everyday life in Gafsa (a marginalized phosphate-mining region in the southwest of Tunisia). He was also the director of photography for 2011 docu-film Fallega, capturing the initiation of the Arab Spring in Tunisia.

Born in the coastal city of Kelibia, Amoniak is one of the nation’s most sought-after graphic designers. After a career in advertising, she moved on to become a freelance creative, working on projects across the country and the Arab world. The visual artist is known for using her social platforms to put the spotlight on not just her own work, but that of others as well.

Bouchnak is the man behind Tunisia’s first horror movie Dachra. The film sees a journalism student and his friends trapped in an isolated village whilst attempting to solve a decades-old criminal case. Son of Tunisian singer Lotfi Bouchnak, he is best known for Nouba, a TV series, which aired during Ramadan, depicting stories of love and the art of traditional mezwed in 90’s Tunisia.

The Tunisian-Finnish artist draws her creative power from her inner identity. Having spent most of her life in Finland, Cheffi relocated to Tunisia in 2018 to gain a sense of belonging. Her first solo exhibition Bitter Oranges embodied her experience perfectly. Since then, the artist has embedded herself into Tunisia’s creative community and internationally, having exhibited her latest series ‘Imitating Equilibrium’ in an online solo show with Taymour Grahne Projects.

The photographer delves into the beauty of his home country from the Mediterranean coastline to the rural southern city of Sidi Bouzid in Tunisia. His photography depicts mundane scenes through a poetic, sincere and simply heart-warming gaze. He has always been fascinated by the raw simplicity of his environment and decided to unpack it through his documentary-like work. His ability to add a personal sense of storytelling and emotion is prevalent in his shots, which allows him to create his own narrative and make the banal look extraordinary.

The composer and pianist blends elements of romanticism and modernism with traditional Tunisian music— a listen to his album, Faces is a must. But you’ve probably tuned into his tracks on Tunisian radios already, having produced for the nation’s biggest rappers —think 4lfa and Jenjoon. Beyond his own releases, Guesmi is the force behind Tunis-based independent record label Bloc.C.Records, a home for young emerging artists.