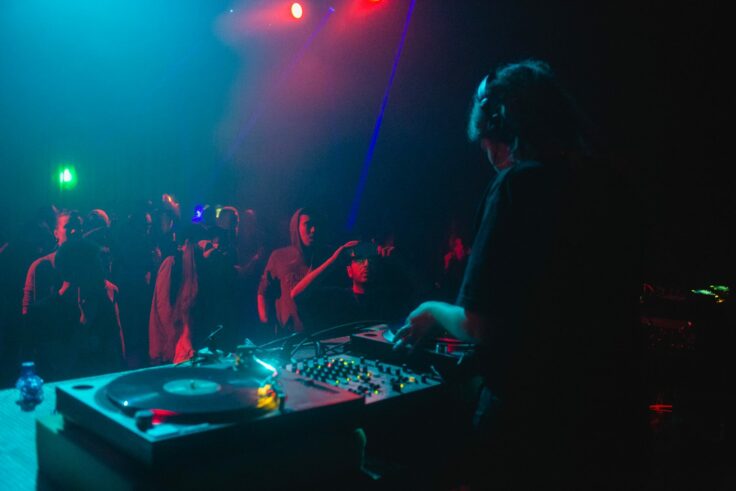 Berlin’s techno heyday redefined the German city’s post-Soviet era, with the youth finally finding freedom after the collapse of the wall.

But with cities like Berlin and London becoming more and more expensive, pushing the underground out of existence, it might be time to consider the city of Almaty in Kazakhstan instead. It might not carry the same clout as more established European scenes, but the capital’s nightlife has come a long way.

20 years since the demise of the Soviet Union, the country is in the midst of a creative revolution. Dedicated to transforming crisis into progression, a new wave of young DJs and artists are pushing the boundaries and creating club nights that are redefining the spectrum of youth culture in Kazakhstan.

Nazira Kassenova is one the DJ’s spearheading the movement. Craving for independence, she is a pioneer famed for breaking down barriers in the local electronic music scene.

Founder of the DIY cult nightclub ZVUK (“sound” in Russian), she is responsible for changing Almaty’s music scene, throwing raves every month since 2016. But to her, there’s a lot more to it than just partying. It’s all about creating a community and doing it for the culture.

Her sets are known for being eclectic but cohesive, smoothly transitioning between different genres. But most importantly, with ZVUK, she has created a space for political debate, starting much-needed conversations.

In only three years, she has created an inclusive environment and empowering experience for all. Whether her parties happen in warehouses, strip-clubs, bunkers or other non-traditional locations, ZVUK has become both a techno temple, and refuge, to those willing to have unbridled fun and drop the mask.

And although she still doesn’t earn money from her parties (she regularly throws free events), Kassenova is committed to helping next gen talent find their place too. Alongside international performers, she often welcomes local emerging DJs like ArysArenov and the2vvo.

Kassenova spends a lot of her time touring the world, but she hasn’t forgotten her tough start. With limited resources in a hostile environment, she had to dig deep to achieve her dreams.

As she becomes the voice of younger generations, Kassenova is ready to undo the conditioning that’s been drilled into them, and hopes to pave the way for the future of her country’s music industry.