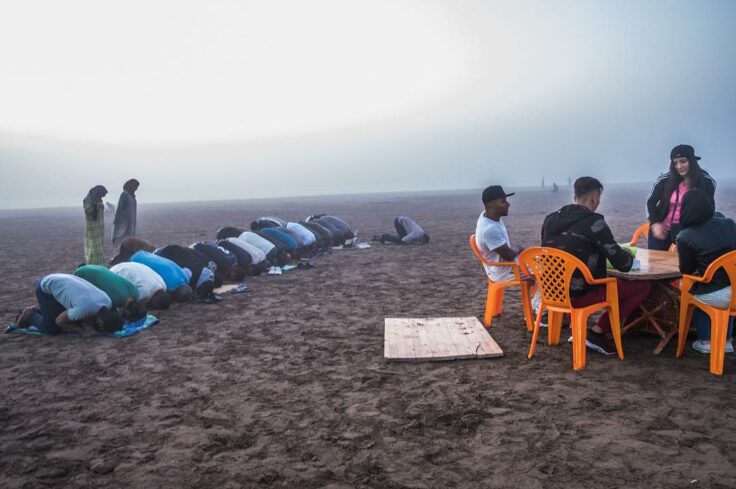 This is ‘Casablanca, Not The Movie’

Professional dancer-turned-photographer Yassine Alaoui Ismaili never planned to be a photographer. But we’re glad he did. His emotive guerrilla-style images of Casablanca’s inner-city life provide much needed respite from the tired clichés often cloaking the Moroccan city.

After being annoyed by Google’s search results for ‘Casablanca’ (which obviously leant heavily towards the 1942 movie of the same name), Alaoui Ismaili decided it was time to move the city’s image away from the Western gaze.

The result is his on-going series aptly entitled Casablanca, Not the Movie – which aims to challenge the naivety of Western generalisations, simply by capturing the city exactly how it is.

“I want to create a new visual language for my home”, he explains discussing the sincerity of his project, which has attracted the attention of the international press in a relatively short time. “I have won a New York Times photography contest and have since contributed to it a few times”, he continues.

Although candid and not maintaining the usually strict rules of photojournalism, Alaoui Ismaili’s photography is particularly relevant. It does much more than just depict everyday street life. It also documents a city on the cusp of change. “There was a football court where a huge villa has now been built”, he says before adding, “generations are growing up too and I am witnessing and documenting their evolution”.

He’s also unafraid to be upfront in his approach, capturing uncompromisingly honest moments. And that’s because Alaoui Ismaili is an insider of his community. As he notes: “I’m from the streets. I know how to appear invisible”.

Having received industry recognition, Alaoui Ismaili has now committed to train a new wave of photographers from Morocco and teach them to speak for themselves. As the curator of the first exhibition at Morocco’s first National Photography Museum (which opened on January 14 in Rabat), Alaoui Ismaili aims to be at the forefront of a new generation of empowered image-makers bringing fresh narratives to the surface.

“The exhibition, which is open to the public until April, is entitled ‘Sourtna’ (‘our picture’ in English). We’re finally reclaiming ownership of our narrative and its representation”.