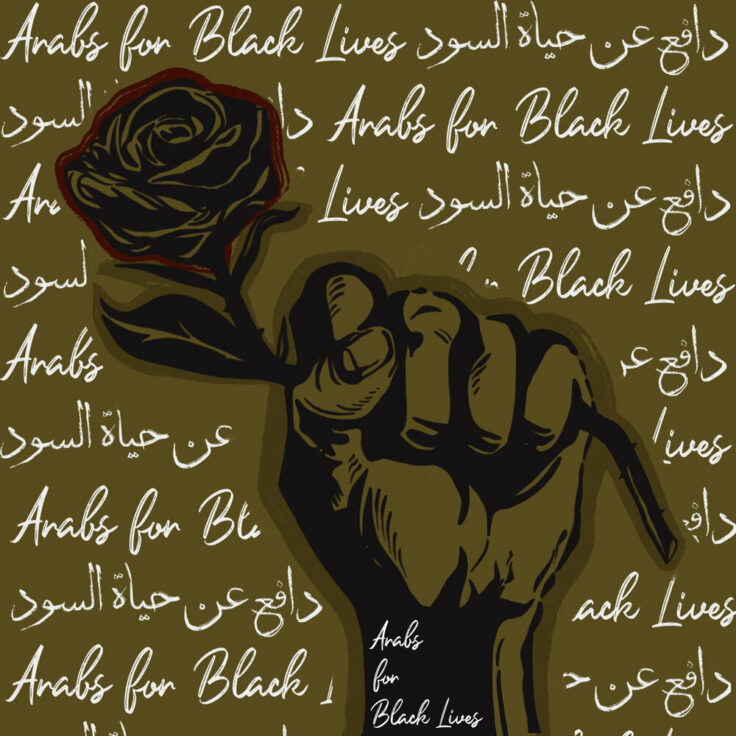 Arabs For Black Lives is the Collective Demanding Change

“We must collectively work to eradicate anti-blackness”

“It is our responsibility to confront our households, neighbourhoods, and places of worship when they perpetuate anti-Blackness,” reads a statement from the newly founded Arabs For Black Lives Collective.

The collective, which was founded by Palestinian activist Rasha Mubarak, Syrian-American journalist Dr. Maytha Alhassen, founder of Believers Bailout, a Muslim collective of abolitionists, Palestinian-American activist Linda Sarsour, Palestinian-American Ahmad Abuznaid who the Director of the National Network for Arab American Communities, and filmmaker Assia Bouaoui, is calling for change. Their first statement, which begins by extending condolences to the family of George Floyd and those who have suffered from police violence, calls for a deeper look into Arab society’s anti-Blackness.

“We must have the vital conversations within our own families and with our loved ones about things we can do to ensure we actively do anti-racism work,” it reads.

Considering that Arab-owned corner stores are largely located in predominantly black neighbourhoods in America, profiting off of black people, the collective urges Arab-American communities to be actively anti-racist.

The move to release the statement comes days after prominent Palestinian-American activist Linda Sarsour, released a statement aimed at clarifying misinformation regarding the Palestinian store owner at which police was called, leading to George Floyd’s murder. In an attempt to absolve the storeowner of responsibility, Sarsour clarified that the owner was not present, stating that a young African American woman called the police. Consequently, the New York-based activist was accused of failing to open up discussions about racism in Arab communities (which was initially called out by black activists, among others, and then rectified by Sarsour shortly after).

“My post was in no way an opportunity for non-Black Muslims, in particular Arabs, to weaponize my words as a way to suppress conversations about anti-Black racism in our communities. It exists. It may not have been this store owner this time, but it was some other time and can happen again in the future. Anti-Black racism is REAL and we have to acknowledge it,” Sarsour wrote in a follow-up statement.

Sarsour then moved on to join the committee behind Arabs for Black Lives, committing herself, and urging Arab communities worldwide to be actively anti-racist.