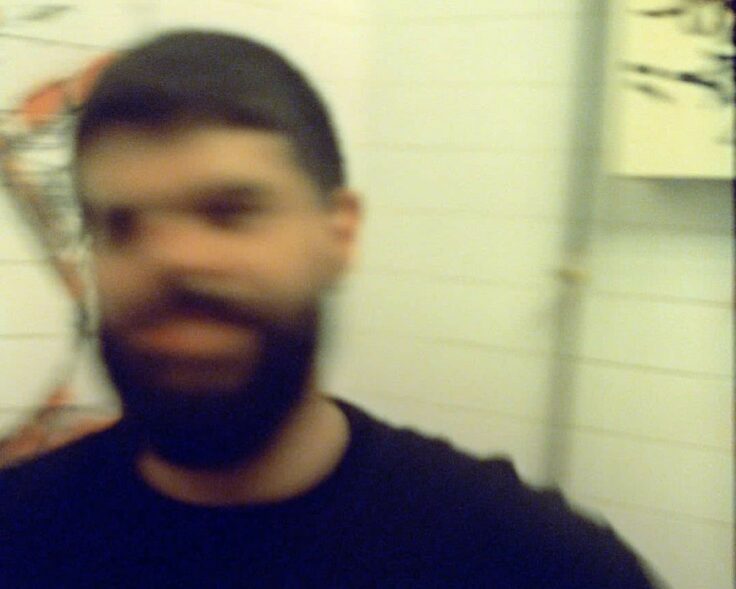 Documenting a Changing Egypt: In Conversation With Omar Kafrawy

In celebration of World Photography Day

In recent years, the underground scene in Egypt has been shifting gears, the number of new events, exhibitions, and shows that are happening in Cairo is now off-the-charts. It has reached the point where the Egyptian creative scene finds itself being one of the forerunners in the region, with rappers like Marwan Moussa and Abyusif finding mainstream notoriety; brands such as Okhtein gaining international recognition (both Beyonce and Jennifer Lopez have been spotted shouldering their bags); and streetwear brands like UNTY working tirelessly to spread their name in Cairo’s streets. It’s undeniable, the country’s scene is expanding, and quickly.

With the expansion of the scene, sporadic new projects, and events literally every week in Egypt’s capital, it seems that anyone looking to document these developments obviously has their work cut out for them. This however doesn’t seem to faze photographer and videographer Omar Kafrawy. The creative specializes in nightlife photography within the local club and rap scenes and has photographed some of Cairo’s most well-known DJs and rappers, mastering the skill of capturing the entire vibe of a party in one photo.

His focus isn’t only on the underground, he also takes an ethnographic approach, looking at the development of his surroundings and even portraiture. Although he probably won’t admit it, he is one of Egypt’s most prominent new school documentarians and cultural photographers.

MILLE caught up with Kafrawy to discover more about him, his projects, and what drives him.

Tell us what you have been up to recently.

Currently, I’m in a place of reorganizing and rejuvenation. I’m done with my website, I’ve been trying to archive everything I’ve done over the past year and a half, and process what’s next. 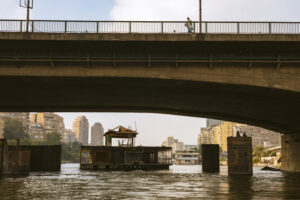 Nice. Speaking about your work, what’s your creative motivation?

My main drive is memory, and trying to constantly document the time I’m living in… I think a lot of what we’re experiencing now is from changes in social life around us. At the same time, these parties we’re going to, or maybe we can call it a semblance of subculture that’s currently happening. I think it’s all worth remembering.

I think when I get older, I’d like to look back at my youth, and also remember how this country looked… What really drove me towards this scene was the desire to find new ways to express myself.

How did you get started with photography?

I studied anthropology, so I guess my interest came from that. After graduation I realized that I was more interested in looking and seeing rather than writing, so I started with video and photography. I’ve always thought that experimentation is the start of creative, or artistic modes of expression.

It started as street, but then I found myself really interested in documentary and more abstract things, then portraiture I guess. Maybe my favorite work to see are these environmental portraits of artists in their studios. It’s always nice to look at, and to kind of get a peek at what goes on behind the scenes. 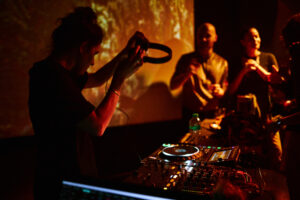 Are there certain interests, or perhaps from your studies, that you would say influence your work?

The way I consume art, media or culture in general is very slow and random. It could be anywhere from the writings of Franz Fanon, or maybe Abyusif’s latest album, to early Marwan Pablo. I see all these different pieces of culture as resources that I draw inspiration from… My interests range between cinema, music and theory.

Do you have a favorite project?

Every time I’ve finished a project, I feel I’ve fully processed and digested it… I do have images that I love, of certain people, of certain moments but I’m the type of guy that kind of runs through things, it has to do with the nature of how I work. Currently, it’s lots of reviewing, thinking, and looking back, sorry if that’s underwhelming!

Not at all! What type of photography do you enjoy the most?

I guess street photography has been at the heart of what I do, because as a person I’m very improvisational. I throw myself into situations and I respond to them. This ethos has been the main driving force behind my work in the clubs. I don’t usually like looking at club pictures. But I do like taking them. I try to categorize my work as documentary, so I feel like I’m especially excited when I find another photographer who does it the same way.

What really matters to me is the culture, and what is happening now and what it means, and the social elements that make it come together from masculinity, to performance through the music industry. I like to use photography to do that. Analyzing things through that, instead of just going in taking photos, and selling them to the venue or artist. Ultimately, the goal is to remember this later. 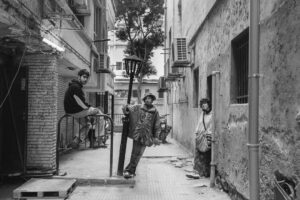 Do you feel a responsibility to document what’s happening in Egypt?

It’s much more of a desire, I don’t see it as a responsibility. I feel like I don’t value much in this world. I have a very nihilistic view on everything… We’re faced with climate change, the planet is dying. Ultimately, what I’m doing comes more out of desire than responsibility.

I feel artistic production usually becomes overvalued when it’s placed in a market. And the work becomes removed from human experience.

I hold value to everything equally. That’s the thing, I feel like a photograph I’ve taken is as important as some paper thrown out of a window somewhere, you know, both meaningless and beautiful. I feel like I think all things are equally valuable and to be protected and preserved, except for plastic.

Then do you see yourself as part of the regional scene?

I mean, it’s both regional and local. I always considered myself a participant observer. I mean, I’m part of these industries. But I’m also observing them, both inside and the outside. Because I think it’s easier to get into the headspace of industry, market, and competition. But I like to kind of be removed from it. My cores are more emotional and expressionist. But personally, I try to think of myself from a more regional perspective instead of just a local camera for hire.

I want to have an archive of these years that is dense and international. I want to have covered music scenes, in other countries within the region and outside of it. Countries where music comes out of the same underground spirit, experimental, self-funded and self-initiated scenes that are carried by people, instead of entities or institutions. I want to see what people are capable of doing when the goal is just to have a good time.