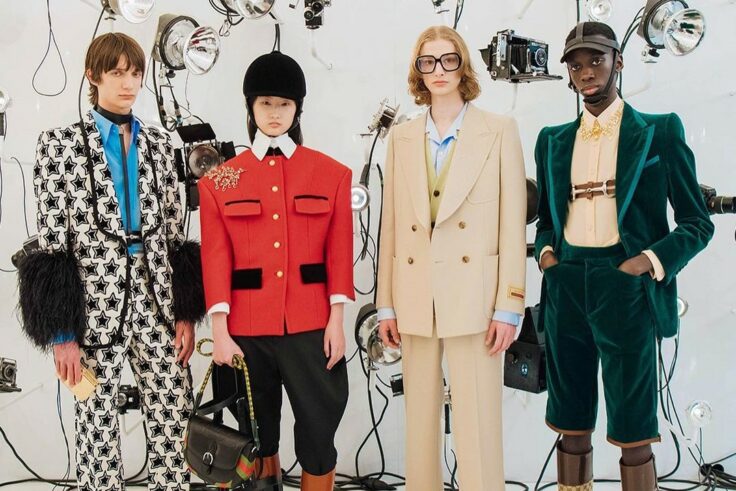 Gucci Celebrates 100 Years with the Show of the Season

And Balenciaga had a hand in it

Gucci’s centenary show just happened, and the ultimate anniversary celebration it was. Creative Director Alessandro Michelle might have just presented the collection of the season, with some special contribution on board.

The Italian designer partnered up with none other than Balenciaga’s Demna Gvasalia in what he called “a mutual contamination” or a “hacking” of the two Kering-owned houses’ codes. The duo, who took up their roles as creative directors at their respective fashion houses about six years ago, have made a name for themselves for their eclectic and rule-bashing visions.

You might think that pairing these two rebel creative minds together would result in a clash, but the show was nothing of such. The luxury houses’ creative worlds merged harmoniously in “a deep and ecstatic diving in everything we yearningly miss today… a jubilee of breath,” as Michele described it.

More tracks by Lil Nas X, A$AP Rocky and Migos were a testament of how the Italian house has contributed to the vocabulary of pop culture over the years.

The film co-directed by Floria Sigismondi was metaphorically set inside the Savoy Club in tribute to the London hotel where founder Guccio Gucci worked as a liftboy in his youth. Leather riding hats bearing the hotel’s name as well as equestrian harnesses, chokers and knee-high boots were another reference to the house’s heritage.