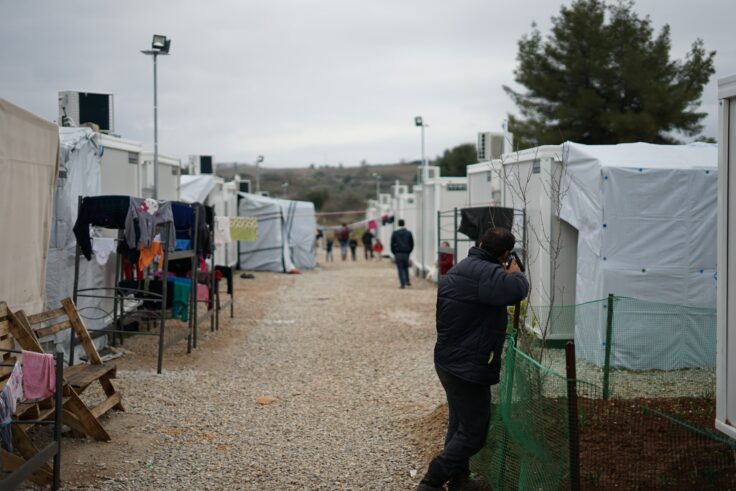 Moria Camp Refugees Need Our Help, and Root Radio is Stepping In

The 72-hour fundraising campaign you need to tune into

After a devastating fire erupted in Moria—Greece’s largest refugee camp—last week, 12,000 migrants and refugees have been left displaced. Without shelter, the camp’s residents have been left to sleep on the streets of Lesvos, where the camp was located. Thankfully, many are stepping in to help, including Istanbul-based independent radio station, Root Radio.

The radio station has launched a fundraising campaign to stand in solidarity with the Moria Camp refugees, many of whom hail from Afghanistan and Syria, inviting a slew of artists and activists to participate in a three-day, non-stop music protest starting September 19.

The fires came at a troubling time for the camp’s residents. Two weeks ago, 35 of its residents tested positive for Covid-19, after which the Greek authorities imposed a lockdown that restricted the residents’ movements, ultimately prompting a series of demonstrations. The source of the fire is not yet known, but Greek authorities claim refugees who had protested the lockdowns started the fires.

The situation has brought on major criticism against the campsite. Moria was built to house just 3,000 refugees as a transit point for those who were heading to Europe, but it’s grown to house a total of 12,000 refugees. The camp’s residents have long been complaining about its inhumane living conditions, with the camp having been described as ‘an open air prison’.

The fires have also ignited further tensions with the camp’s surrounding communities. Claims have been made that the fires were started by anti-migrant far-right groups that have chastised the refugees in the past.

Irrespective of the fire’s source, the camp’s residents are in need of urgent assistance. Greek authorities have set up temporary camps nearby, however the new camps’ conditions are unknown and are said to be closed camps run by military forces.

Needless to say, help from international communities is necessary. That’s where Root Radio has come into play.

“We, as artists, activists, and the people who support the cause, are organizing a three-day, non-stop music protest between the 19th-22nd of September on Root Radio,” the station announced in a statement.

Root Radio invited everyone from Palestine’s Radio Al Hara, and Muqata’a to London-based DJ ODDz to play during the campaign. Donations will be made to 9 different organisations in Greece, among them Team Humanity, Refugee 4 Refugee, Home for All and Because We Carry.