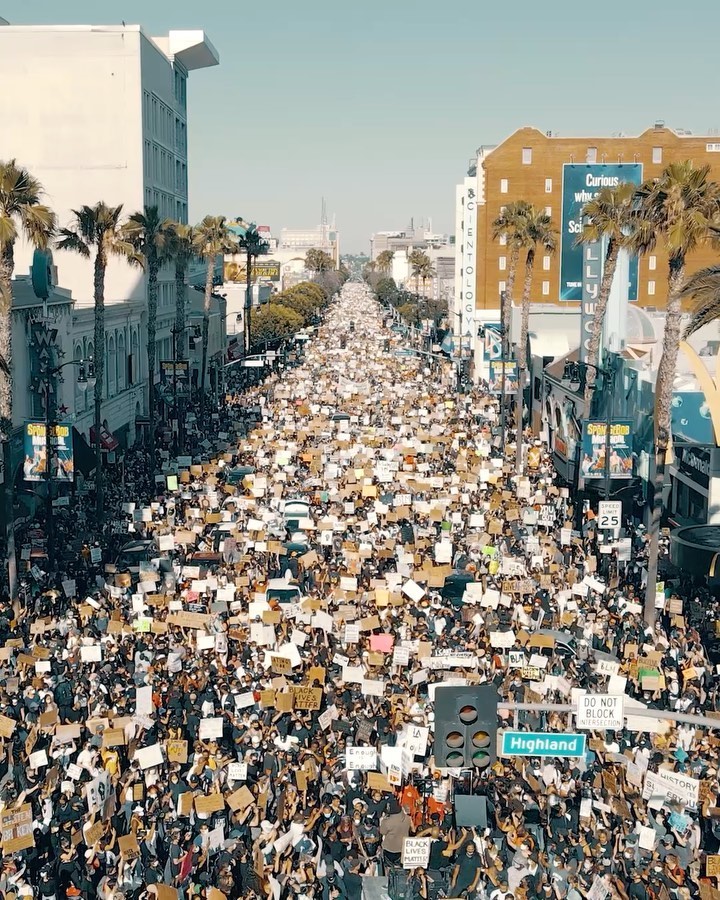 Powerful Images of #BLM Protests All Over the World

What first began as protests against the murder of George Floyd by policemen in Minneapolis has quickly grown to become an international movement. In a little over 10 days, thanks to the Black Lives Matter movement, protests have erupted in cities across the world, against police brutality and systemic racism.

So far #BlackLivesMattter protests have occurred in:

This is why we CAN’T STOP. The global community stands in solidarity.

Now nearly two weeks in, the global movement is showing no signs of slowing down. To get a glimpse of what solidarity looks like, we rounded up some of the most powerful images and videos from across the globe.

Minneapolis mayor Jacob Frey showed up to a protest & tried to spew hollow platitudes about "putting [police] in their place." The organizers asked him if he would commit to defunding the police.

They forced him to leave.pic.twitter.com/i5Jua7XW0M

This is the crowd at a #BlackLivesMatter protest in Philadelphia. WOW. pic.twitter.com/8dKT6YoJHJ

Not only in the United States. Not only in Colombia. Black lives matter everywhere.

This protester stands in solidarity with Afro-Colombians after the murder of Anderson Arboleda.

This put me into tears. Syrian artists Aziz Asmar and Anis Hamdoun with their mural of George Floyd in Syria's northwestern Idlib province on June 1, 2020. #blacklivesmatter