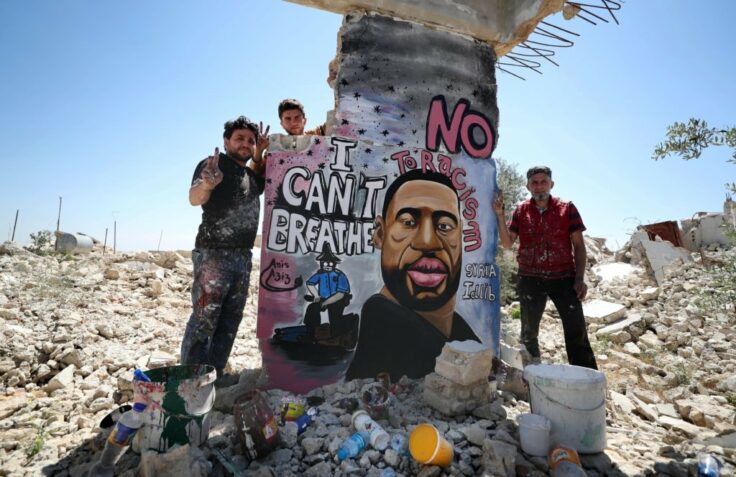 Palestine and Syria Protest in Support of Black Lives Matter

Protests erupted all over the United States following George Floyd’s murder. The rest of the world has also joined in. From London to Amsterdam, people have rushed to the streets in huge numbers to show their support – and the region has been no exception.

Almost immediately after the Black Lives Matter movement re-exploded in America, a number of Arab social media users took to their platforms to place calls for support for Palestinians. Their posts were met with disdain from a number of others.

If I see an A*L live matter , Palest*nian lives matter , Lg*tq lives matter or a Musl*m lives matter etc ima loose my shih ,yes everybody’s life does matter but that’s not the current matter at hand ,each is an underrated and seperate issue don’t put them besides or against….

Much of it came to a halt upon Palestinians taking to the streets to show their solidarity and support for George Floyd and the Black Lives Matter movement.

Syrians have also made their solidarity known. Syrian artist Aziz Asmar and Anis Hamdounpainted a mural on a ruined building, featuring a portrait of George Floyd. The mural reads “I Can’t Breathe” and “No to Racism”.

In Tunisia, Anti-Racist organization Mnemty, spearheaded by Tunisian Anti-Racism activist Saadia Mosbah, has organized a protest this upcoming weekend in support of the Black Lives Matter movement. According to the organizers, the protest is a stance in solidarity with #BLM and against anti-black racism in Tunisia.