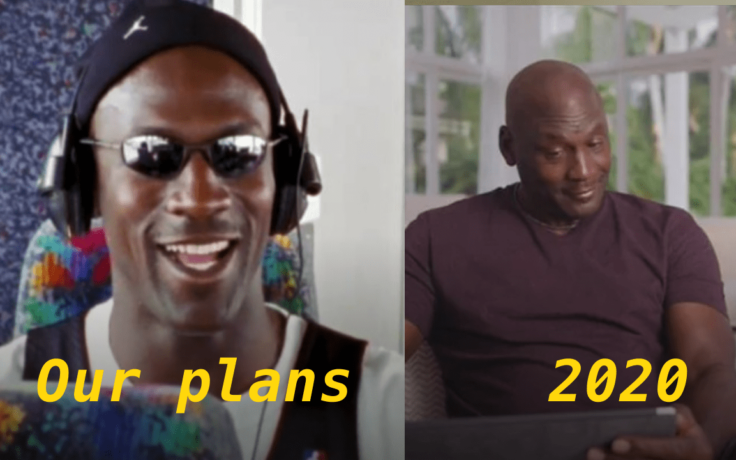 January 2020 marked the beginning of a whole new decade, chockful of optimism for the months that followed. 12 months later, and that couldn’t be farther from reality. As the year progressed, pessimism came to be a universal state of being. What else to expect from a world in the midst of an ongoing unprecedented pandemic?

That’s without taking into account the string of wild fires that took place around the world, global social unrest, and an explosion that shook Lebanon and took the nation further into economic turmoil.

The one thing we can—maybe—look forward to is that a vaccine is well on its way (though it might take some time for those of us in the region to get it). In the meantime though, we’re taking time to reflect on the year, rounding up 20 things we need to leave in 2020.

Coronavirus
Of course, it’s at the top of our list. We can all hope that the pandemic won’t loom over us for much longer.

The Kafala system
Saudi Arabia has finally taken steps to abolishing the oppressive system, and we’re hoping the rest of the region follows suit.

Toxic friends and family
After this year, let’s not leave any room for more toxicity.

Fast fashion
This one is pretty self-explanatory.

Donald Trump
We can all agree that this is long overdue.

Corrupt politicians
Nearly 50 percent of young Arabs want to leave the region, and that has a lot to do with corruption.

UFOs
We might have unveiled evidence of their existence, but it’s a bit too much for all of us to handle right now.

Blackface on Arab television
We can’t believe we still have to say this, but blackface is never OK. It’s time the racist practice comes to an end.

Explaining everything through Astrology
No, it’s not because you’re an Aries. You’re just annoying.

Minimalism
It’s time we all embrace our best maximalist selves.

Toxic IG accounts
From now on, we’re only embracing relaxing content only.

Virtual exhibitions and concerts
Sorry, but it’s just not the same.

Exorbitant hours of screen-time
Eight hours on your phone every day? Once this pandemic is over, we’re spending the whole day outside.

Climate change deniers
What more proof do you need?

Anti-Maskers
The pandemic literally won’t end until you put your mask on.